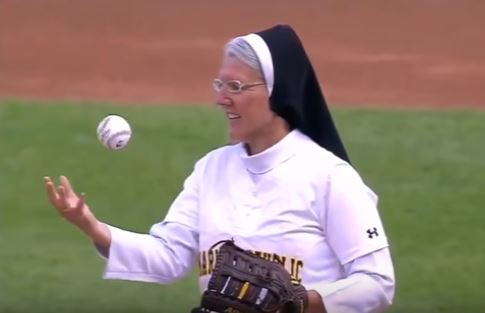 Which headlines caught your eye this month? Which escaped your attention? Mourn the waning summer and the inexorable march of time with this month’s PDD Quiz!

The next quiz, on bygone community events and festivals, will be published on Sept. 16. Please email question suggestions to Alison Moffat at [email protected] by Sept. 12.

You’ve been paying attention to the headlines! Well done!

#1 The Duluth Huskies fell to which team in the Summer Collegiate World Series this month?

The Huskies last competed in the Summer Collegiate World Series in 2013.

#2 T-Icy Roll Ice Cream opened in West Duluth this month. What is their gimmick? Vice President Pence made the gaffe during a speech in Duluth on Aug. 8.

#4 A photo of a slackliner at which landmark has been the subject of much PDD debate this month? Read more about the photo here.

#5 Residents on Thurber Road in Duluth are using what to protest poor road conditions?

The idea to use car parts to protest came about at a neighborhood party this summer.

#6 Western Lake Superior Habitat for Humanity broke ground for a house in Lincoln Park this month. How long has it been since the organization previously built a house in Duluth? #7 According to this job search engine, Duluth is the U.S. city where salaries go furthest.

#8 West Duluth saw massive swarms of which insect this month? Happily, mayflies are indicators of a healthy ecosystem.

#9 Which restaurant was voted Perfect Iron Range Restaurant this month? Vi’s beat out Boomtown in a tie-breaker.

#10 Sister Mary Jo Sobieck, alumna of Vermillion Community College and the College of St. Scholastica, became a viral sensation this month after throwing the ceremonial opening pitch at a Chicago White Sox game. Who were the White Sox playing?

What is now Joseph Nease Gallery started as Max Bloom Furniture in 1916 until the 1930s, was the Covenant Club...