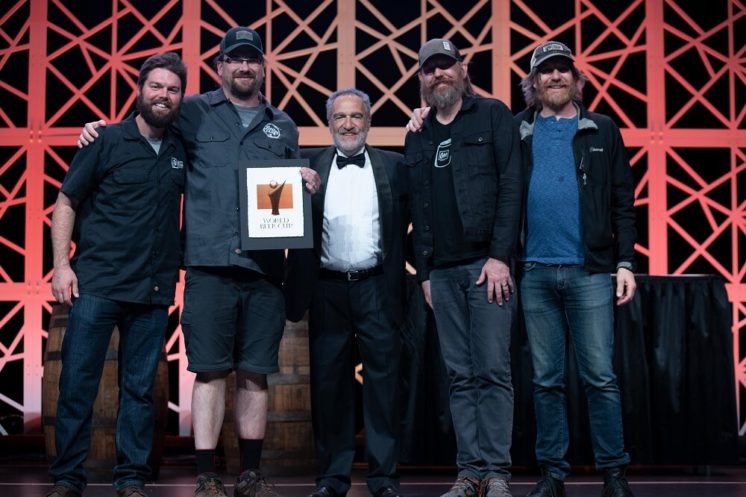 The beards were polished and groomed at Music City Center in Nashville, Tenn. last week. Earth Rider Brewery of Superior claimed a bronze award in the 2018 World Beer Cup, a global beer competition that evaluates beers from around the world.

Awards were given in 101 beer-style categories. Earth Rider award was in the Oatmeal Stout category for its North Tower Stout, an ale with malty accents of chocolate, coffee and dark fruit balanced with a restrained hop presence.

The Twin Ports only other World Beer Cup award went to Canal Park Brewing in 2014 for its Nut Hatchet Nut Brown, which took a silver in the English-style Brown Ale category.

This year’s World Beer Cup winners were selected by an international panel of 295 beer judges from 33 countries, 72 percent of whom were from outside the United States. Widely regarded as the “Olympics of Beer,” the World Beer Cup saw a field of 8,234 entries from 2,515 breweries in 66 countries — the largest competition to date.

In April the University of Minnesota Duluth men's hockey team won a national championship and an oil refinery in the...