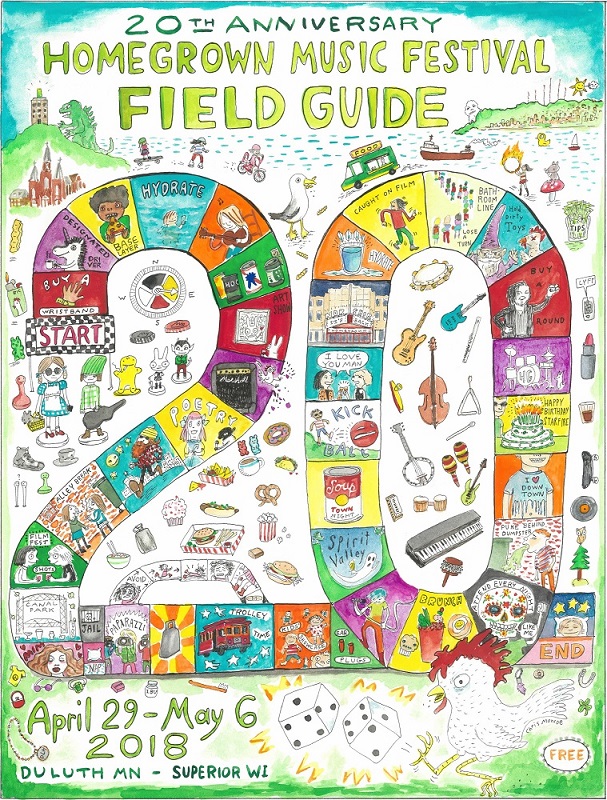 The publicity machine for the 20th annual Homegrown Music Festival is gearing up. A 108-page Field Guide hit the streets during the last week of March, and now a new promotional mix is available for free download on Bandcamp and a new web design has launched at duluthhomegrown.org.

This year’s Homegrown will feature more than 190 musical acts and a handful of other arts-related events at 35 venues in Duluth and Superior. The festival runs April 29 to May 6.

The artwork on the Field Guide cover is by Chris Monroe, who is also responsible for the chicken on the Homegrown logo. She drew the cover of the first guide in 2006; during the years in between 11 other artists have created Field Guide cover art.

The new Homegrown website is optimized for smartphones, allowing the schedule to be browsed during the heat of the action. So then I went and bought myself a Colt 45 Called a peacemaker but I never knew why I never...