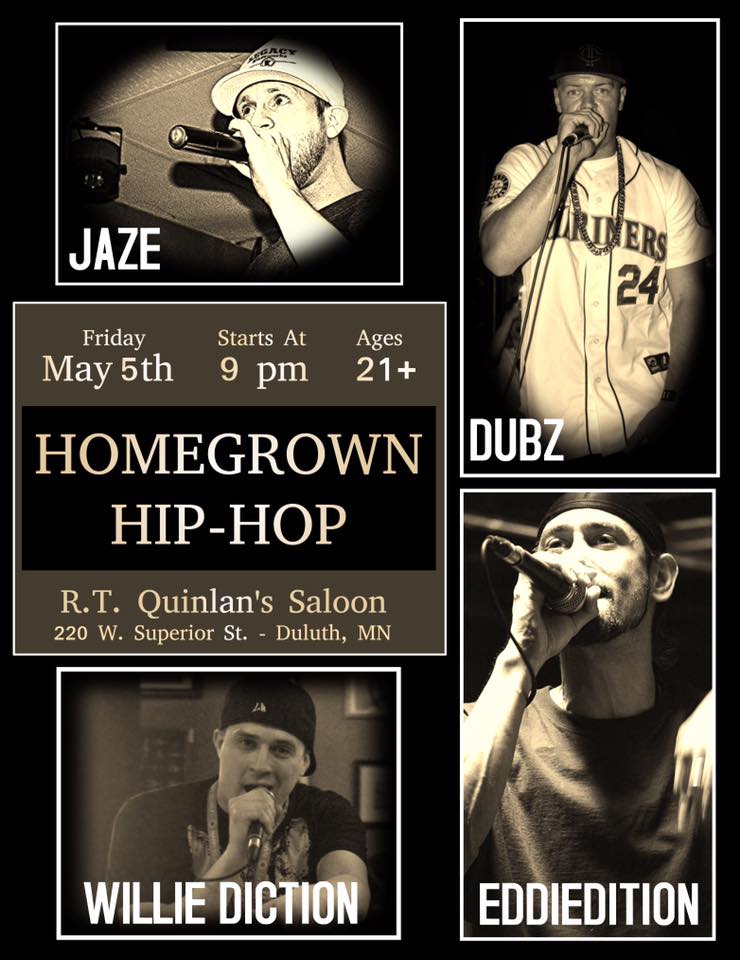 Featured in this post are seven music videos from tracks off the debut Dubz album Westside Walk, released in March 2016. Take a step back and watch him work.

“Doin’ the Most” video shot by Sam Jorgensen and Nate Blomquist; edited by Hunter Bjork.

“Shoulda Been a Rapper” video by Nathan Ejuwa (EJ Films)

My fiancé and I are getting married Aug. 11, 2018. We already have our reception venue booked for our Duluth...