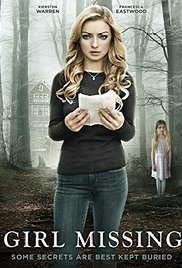 Left for dead in a ditch at only 10 years old, Jane, now 25, has moved on from her past that she can longer remember. But when a woman claiming to be her mother asks Jane to return home to their luxurious estate, Jane is forced to confront the demons of a past she wasn’t supposed to remember… and finds herself in the middle of a murderous plot to seize the family fortune fifteen years in the making.

Here's a bit of what you'll find in this week's PDD Calendar: It's Memorial Day, and the annual West Duluth...