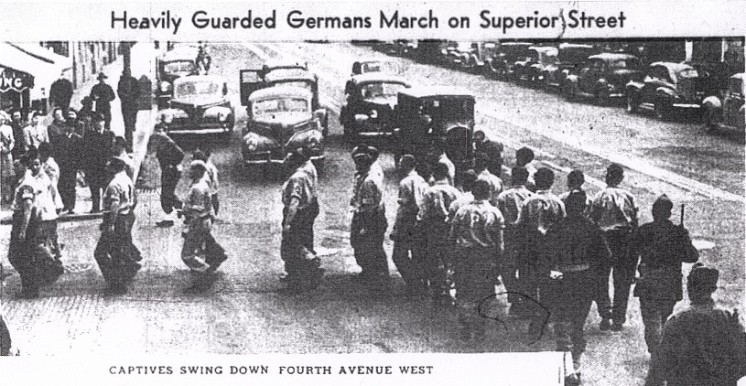 As World War II continued into 1943, some U.S. industries were experiencing shortages of workers. In Minnesota, the pinch was felt especially acutely in agriculture, food processing, and logging. Women and even children often stepped up to help with the labor shortage in agriculture and food processing. One notable local example was 17-year-old Duluthian Shirley Armstrong, who appeared on the cover of the September 27, 1943, issue of Life magazine because she was working in corn fields near Fairmont, Minnesota. She and several other young women from Duluth were featured in an article about the Women’s Land Army.

In spite of the help, the labor shortage grew worse. Early in 1943, the state of Minnesota had begun working on a plan for using prisoners of war to fill some vacant jobs and help keep the industries operating smoothly and able to provide the country with needed food and lumber. A small number of prisoners were used in Minnesota agriculture in 1943, but usage increased greatly in 1944.

[Video removed from YouTube.] The Superior Siren trio performs the song Rosemar aboard the William A. Irvin in this video...