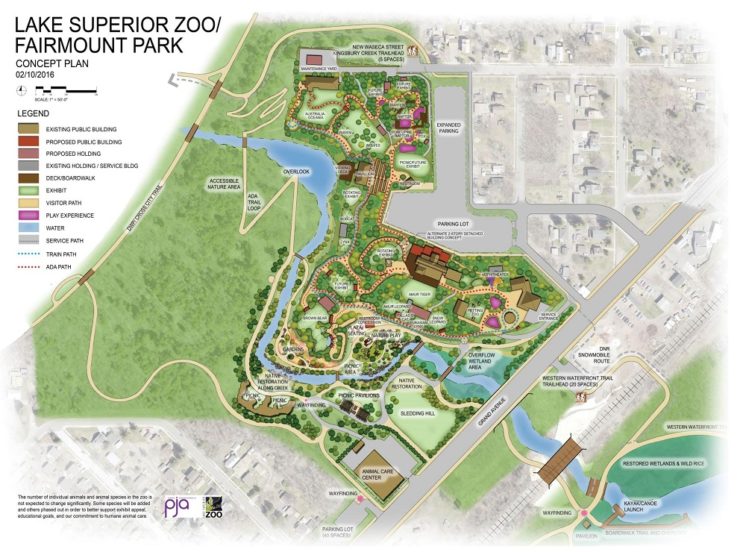 Click the image to view a PDF of the full plan.

The latest concept plan for improvements to Fairmount Park and the Lake Superior Zoo was presented by a consultant last night at the Duluth Parks Commission meeting. The concept envisions a renewed zoo in a roughly 10-acre footprint that includes ADA accessible pathways, renewed and repurposed exhibits damaged by the 2012 flood, enhanced visitor services, and converts a portion of the existing zoo into public park space. The plan is estimated at $15 million and has $2.7 million of half-and-half funding allotted to it.

Comments can be submitted to Duluth’s Parks and Recreation Division until Feb. 15 to allow the consultants to analyze them for the upcoming Feb. 22 presentation and public hearing at 5:15 p.m. in the Duluth City Council Chambers, to be followed by a Parks Commission public hearing in room 303.

https://www.youtube.com/watch?v=NQq0Yk5xIPY Jim Hall recently brought his Red Cowboy Hat trio to the KUMD studios for a Live from Studio A...