Duluth’s Parks and Recreation Division has invited the public to view and comment on three proposed concept plans for improvements to the Lake Superior Zoo and Fairmount Park. The plans were presented by a consultant at the Jan. 19 Duluth Parks Commission Open House.

The concepts envision a renewed zoo in a roughly 10-acre footprint and converts a portion of the existing zoo to become a free public park for the St. Louis River Corridor. The plan is estimated at $15 million and has $2.7 million of half-and-half funding already allotted to it.

The plans and an online survey are available at duluthmn.gov. For a quick preview of the plans, click any image below to enlarge. 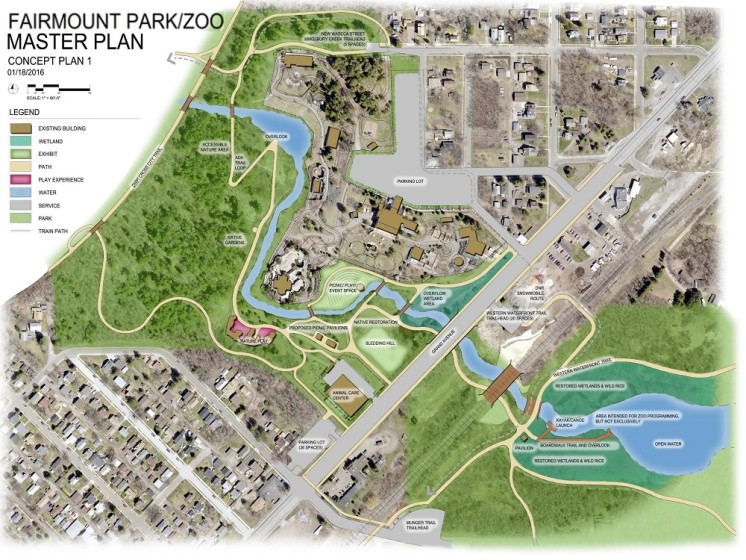 There is more information at the city’s Fairmount Park and Zoo Planning webpage.

The online survey will close Jan. 27. The next public meeting will be held Feb. 10.

Best/Hottest Wings in Duluth and Superior

My friends and I are having a bit of a competition/pissing match. We're having two side-by-side debates. Here are the...