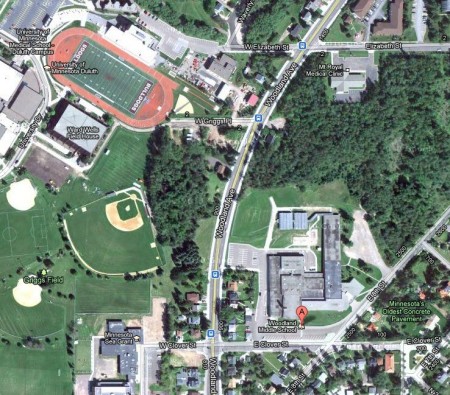 Anybody have thoughts on this?

I know the family that lives on the east end of the wooded area. They have been trying for over a year to purchase some of that land to leave as green-space and a buffer. They were assured that the developer would take the neighborhood “into consideration.” Can anybody fire up their crystal ball and see how this plays out? Or should I invest in vinyl siding as it takes a lot of plastic to wrap buildings over 21 acres.

Anyone familiar with this?