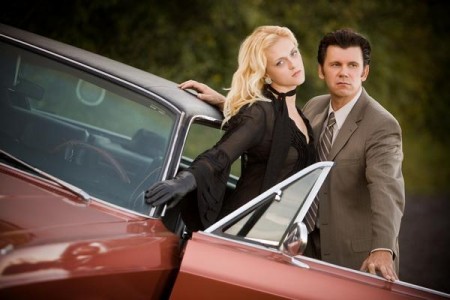 Got this interesting message from my friend who moved to LA to make it big about a year ago. He’s a Duluth native singer/songwriter/babe magnet, Hot Toddy Eckart, and I thought some of you PDDers might be interested in the update on his career:

Tune in Wednesday, April 8th to see Lori(Laura Jo) DeWitt, Todd Eckart, Peter Kavanaugh, Jonathan Mohr and the rest of their swing band as they are the featured band on the Discovery Channel show called “Time Warp”.

The segment is an hour in length, and we are featured about 1/2 way into the episode. We have very little face time, but you can hear us singing and playing away. It was a great experience. The purpose of the show is to shoot fast moving objects, using high speed cameras, in this case, swing dancers, and view the film to see how it looks in slow motion

The song and band were needed about 2 weeks before filming, so one of Lori’s co-workers, Elaine White, also a producer, suggested Lori get together a band for this shoot. Our friend and guitarist, Peter Kavanaugh wrote the song and charted it out for each band members, and when it all came together, it was magic!

The song was written specifically as a duet for Lori & I, and was smartly named “The Pendulum Swing”, perfect for a show called Time Warp.

Check your local listings for times.