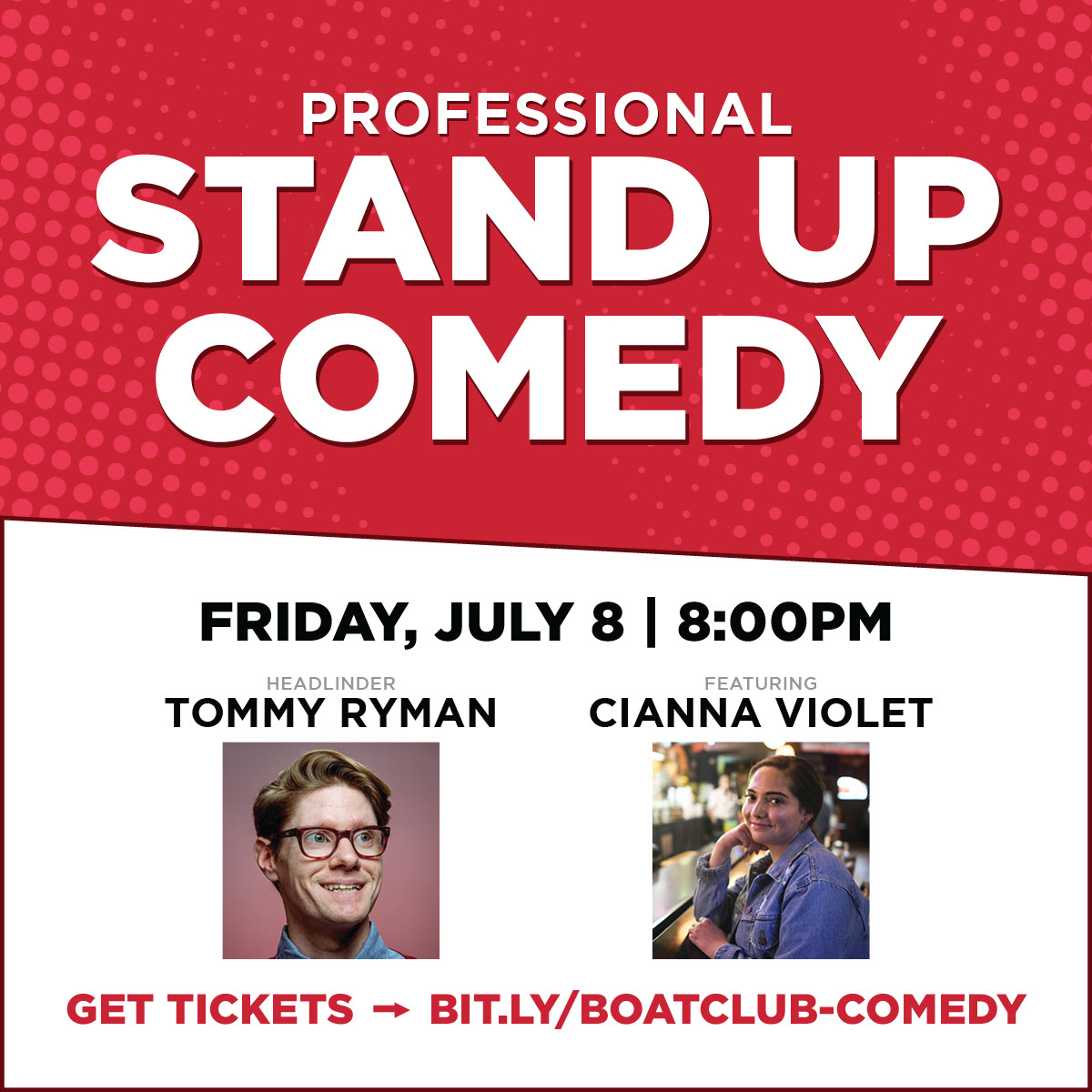 The Boat Club Restaurant hosts live comedy in the August Fitger Room, also known as the “third-floor comedy lounge,” next to the Spirit of the North Theater.

This week’s headliner is Tommy Ryman, a semifinalist on NBC’s “Last Comic Standing.” His stand-up landed him No. 2 on iTunes comedy charts for his album “Having the Time of My Life.” Named Best of the Midwest at Gilda’s Laugh Fest, Tommy grew up in Minnesota “jamming on clarinet for his new-age mom and kale-chip-making dad.” He performs at clubs, colleges, and festivals across the nation including the Great American Comedy Festival. He’s worked alongside Nick Swardson, Hannibal Buress, Maria Bamford and Louie Anderson.

Cianna Violet is a comedian from the Twin Cities area. In addition to comedy, “she’s passionate about online shopping at work, tequila, and layering her clothing like a true Minnesotan.” Sarcastic and observant, “she finds humor in everyday situations and loves sharing those stories with audiences.”

Beverages and snacks are available for purchase. Boat Club management recommends dinner reservations before the show.

Tickets are available online at boatclubrestaurant.com.