Irreconcilable Differences: Russia’s War Against Ukraine and the Question of Sovereignty 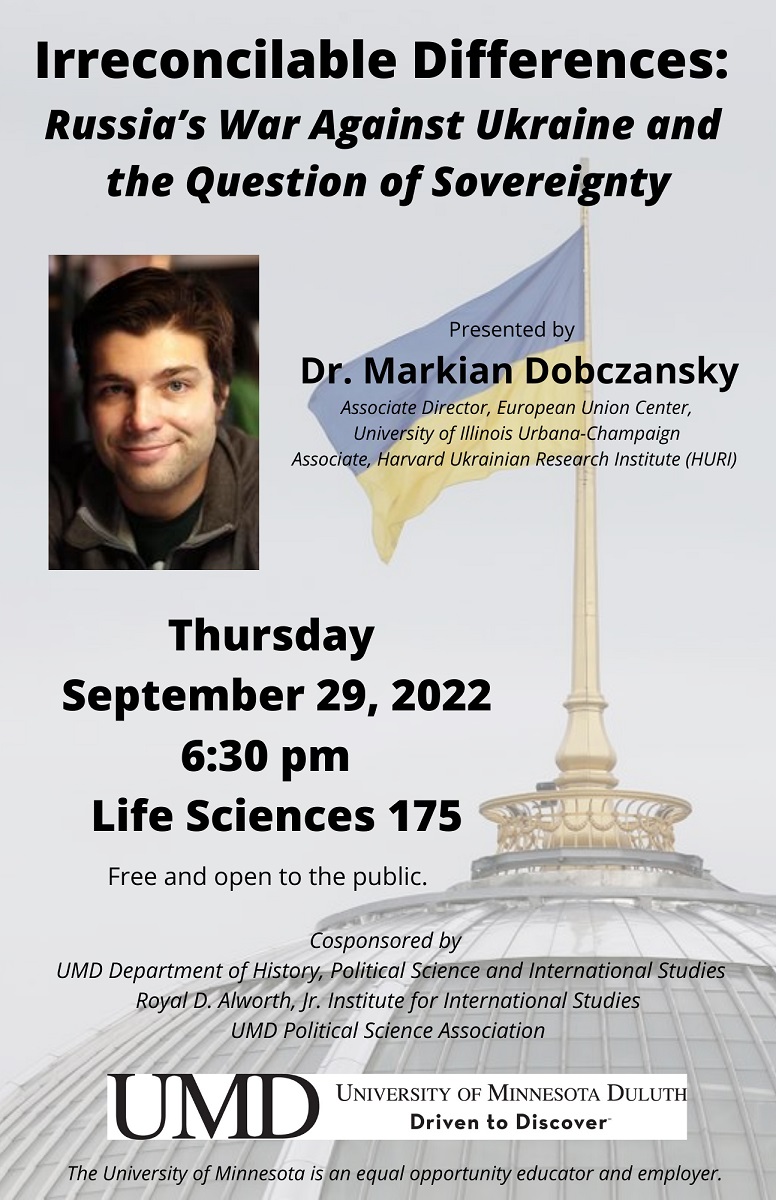 Dr. Markian Dobczansky, associate director of the European Union Center at the University of Illinois Urbana-Champaign, and an associate of the Harvard Ukrainian Research Institute, speaks on the historical roots of Russian and Ukrainian sovereignty claims and how that knowledge can help develop a better understanding of the current situation between the two countries. The lecture will be held in the University of Minnesota Duluth’s Life Sciences Building, room 175.

It might seem obvious why Russia looms so large in Ukrainian politics, but why does Ukraine matter so much to Russia? Why does Russia object so strongly to basic demonstrations of Ukrainian sovereignty, such as defining its own foreign policy? Though Russian and Ukrainian disputes stretch back over the centuries, the roots of the current conflict lie firmly in the comparatively recent Soviet past and in how the Soviet Union politically integrated its two largest constituent nationalities. After these countries became independent in 1991, their divergent experiences within the Soviet Union informed how Ukrainians and Russians understood the proper relationship between them. The way these two countries’ sovereignties have been entangled in Soviet and post-Soviet history can help us understand why they are now at war.

Dobczansky is an historian of the Soviet Union, Russian-Ukrainian relations, and urbanization. He is completing a book manuscript titled Between Moscow and Kyiv: The Politics of Culture in Soviet Kharkiv. The book traces the development of local identity in Kharkiv, the largest metropolis of the Ukrainian-Russian cultural borderland from 1917 to the 1990s. He received a Ph.D. in history from Stanford University and has held fellowships at the George Washington University, the University of Toronto and Columbia University.