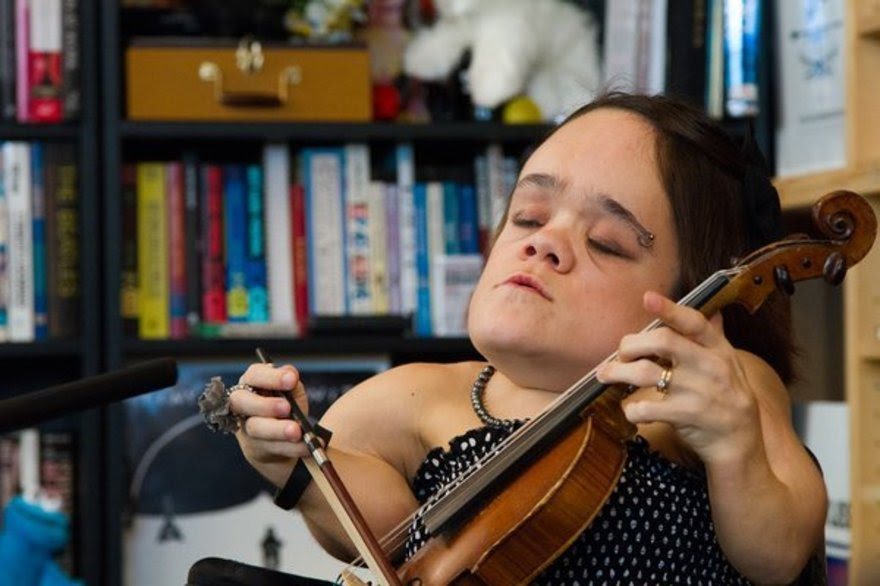 Classically trained violinist and songwriter Gaelynn Lea visits Papa Charlie’s to play a solo set of her music for The Current’s Songwriter Series. Gaelynn music scores include experimental and ambient takes on fiddle music, an approach that incorporates her love of traditional tunes, songwriting, poetry and sonic exploration.

Gaelynn’s work won National Public Radio’s Tiny Desk Contest in March of 2016, a competition drawing submissions of original songs from more than 6,000 musicians across the country. She began touring nationally in September 2016, and in December 2016 she performed in Europe for the first time. Gaelynn plans to embark on another national tour in early March, starting with a concert at Papa Charlie’s.

To learn more about Gaelynn Lea and view her full tour schedule, visit her website.