Anyone out there missing a dog tonight? There’s a sweet pit bull or boxer (it’s dark) brindle colored, limping around by my garage, but every time I approach her she runs off. The pup is limping pretty hard and is likely scared. I’m on Chester Parkway down from Skyline on the west side of the creek. 310-6541.

Duluth Publishers Holy Cow! Press and X-communication have teamed up for this very special sale and author signings

– Refreshments will be served

Special: Spend $20 on X-Comm titles and receive a free book or historic art print of the Aerial Transfer Bridge, Incline Railway, Enger Tower, or Old Central and Minnesota Point from the top of the hillside (scroll down to see examples on flyer).

(Note: We do not have credit card capability at these events, so please bring cash or checks.)

Chuck Frederick – Leatherheads of the North: The Duluth Eskimos – 12 – 1 pm Using this opportunity to create room in my warehouse (some call it a “garage”), so ALL X-comm books will be on sale. C’mon-stock up on Holiday gifts!

Prices slashed: Coffee Table books like Crossing the Canal and Zenith: A Postcard perspective of Historic Duluth (hardcover edition!) will go for just $15; bestseller Will to Murder for $10; paperbacks like Leatherheads of the North, Goodnight, Everybody…and be Kind, True North, and The Mosquito Book only $5.

Special: Buy any book and get a copy of Greetings from the Arrowhead for just $5; buy $20 worth of X-comm books and take a copy home free!

Got an opinion on the Old Jail? 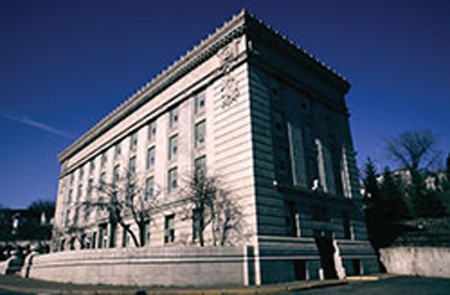 Tonight is your last chance to make your voice heard to those who will make the decision: the Duluth City Council.

The Duluth Heritage Preservation Commission has denied a permit to St. Louis County to demolish the Jail, which is protected from demolition under Duluth law as a landmark building. The County is appealing this decision, and the only way for the Council to overturn it is to essentially break Duluth law, which would establish a precedent that puts all of our historic assets at risk.

The appeal is on tonight’s City Council agenda. If you have something to say about the building’s demolition (on either side of the issue), you get three minutes to make your point.

I am biased to the Jail’s preservation (I write and publish Duluth history books and sit on the HPC), so I also encourage those who don’t wish to speak but who want to see the Jail saved simply show up to show support.

You can learn more about the issue in a letter to the Editor in today’s DNT penned by Richard Moe, a Duluth native and the president of the National Trust for Historic Preservation: http://www.duluthnewstribune.com/event/article/id/118713/.

Have you seen this dog?

One of my dogs, Gilda, decided to take herself for a walk today and she has yet to return. She’s tall, reddish in color with white marking (Rhodesian Ridgeback mix), and a sweet, if skiddish, dog. Chester Creek/East Hillside. Please call if you find her. 218-310-6541 Can the Old County Jail be saved? 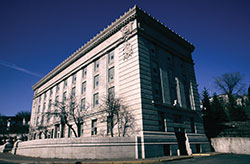 Folks, as you may know, the county has long wanted to tear down the historic St. Louis County Courthouse to create parking spaces. They are now pushing forward with those plans.

The jail is part of Duluth’s Civic Center, Duluth’s one-stop shop for some very impressive Classical/ Renaissance architecture. The center includes the St. Louis County Courthouse, Duluth City Hall, and the U.S. Federal Building-as well as the county jail, the Cass Gilbert-designed Soldiers & Sailors Monument (Fortitude Defending the Flag), and a fountain. The courthouse, which went up in 1909, was designed by famed architect Daniel H. Burnham, who among other accomplishments oversaw the entire design of the 1893 Chicago World’s Fair. Abraham Olstead and William J. Sullivan designed the 1923 county jail, but did so in a manner in keeping with Burnham’s original idea and under Burnham’s direction. The gray granite building includes features such as Doric columns and lions heads. The jail is adorned with symbols of justice, including Roman fasces (a bundle of birch rods wrapped around an axe).

(The whole complex was part of the “City Beautiful” movement, a progressive reform movement of architecture and urban planning popular in the late 1890s and early twentieth century-it was thought that a beautiful city would create moral and civic virtue, people would behave, and the lives of inner-city poor would improve.)

The building is on the National Register of Historic Place and has been designated a Duluth Landmark property. Twice it has appeared on the Minnesota Historic Preservation Office’s “Ten Most Endangered Buildings” list.

Contrary to popular belief, the building can be successfully adapted for reuse, though it would be an expensive venture the county can’t afford. I know not everyone cares about saving our old buildings–and there are valid reasons the county has no more interest in maintaining the building. But to many like me, buildings such as the jail reflect our social and cultural heritage, and an effort should be made to at least attempt to sell the building to a party willing to invest in it–at the very least, demolition should only be discussed when all other options have been exhausted. They have not.

Technically, since the building has landmark status, the Duluth Heritage Preservation Commission (disclaimer: I sit on this commission) can do little else but deny any work on the building that does not meet it’s plan for renovation, and demolition does not fit the plan. Technically, the City Council can override the HPC, but only if the work on the building fits the Secretary of Interior’s standards for preservation projects, and again demolition does not fit such plans. But that does not mean it won’t happen.

If the future of this building matters to you and you want your voice heard on this issue, there will be a public hearing before the HPC at 5 p.m. on Tuesday, March 24 in the City Council Chambers in City Hall where you can speak your mind. Please attend.

And if you have some time tomorrow, at 2 p.m. folks are gathering at the Jail to show their support for the building. Please come.