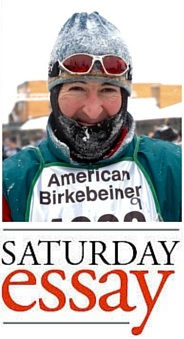 This is a small town. So, we’ll probably meet and shake hands. You’re going to come away from it thinking, What the hell was that?

I’ll see it on your face. So, I’ll say, “It’s Dupuytren’s contractures.”

“My hand is screwed up. I’m not some perv going ‘deedle-deedle’ into your palm with my middle-finger. It’s an ailment.”

So, I’m sorry for that. This is an open letter of apology.

It’s a real thing, though. Dupuytren’s contractures. Collagen collects in the fascia of my hands. It forms ropes and cords that slowly pull my fingers inward toward my palm. It started twenty years ago with the middle finger of my right hand. Then my left thumb got in the game. Not wanting to be left out, the ring finger of my left hand joined in. Somewhere along the line, hands weren’t enough so it started up along the bottom of my feet behind each of my big toes. Most recently, my right ring finger curled up next to my right middle finger. I guess he missed his neighbor. Now, I’ve got a fresh rope pulling my left middle finger inward. The good (maybe bad?) news is I can’t flip anybody the bird anymore.

This problem is named after a French surgeon named Guillaume Dupuytren. I pronounce it “doop-uh-tren.” He was born in the late 1700s. Became the chief surgeon of a hospital in Paris. Supposedly, he was a genius and grew into a legend. But, he was also kind of a jerk. In a book by David McCullough called The Greater Journey, you find a description of his bedside manner:

If his orders are not immediately obeyed, he thinks nothing of striking his patient or abusing him most harshly. A very favorite practice of his during his consultation was to make a handle of the noses of his patients. Whenever a man enters with any disease of the head, he is immediately seized by the nose and pulled down onto his knees where he remains half in sorrow and half in anger at the treatment until he is allowed to rise and describe his disease.

It’s kind of fitting that this exasperating issue is named after a guy known as “first among surgeons and last among men.” Dupuytren was a battlefield surgeon. Napoleon Bonaparte made him a baron, probably because Dupuytren successfully treated the general’s hemorrhoids. Somehow, it’s appropriate that my pain in the ass is named after this guy.

This two-decade onslaught of flexing fingers makes it difficult for me to pull on a pair of gloves. It’s hard to reach into my pocket for change or my keys. To hold a cup of coffee in my hand. Horror of horrors, it’s even hard to hold my gin and tonic. When I’m typing right now, I have to keep backspacing to fix a “k” I hit by mistake when I wanted an “i.” But I have to admit, it’s just an irritation. A nuisance, not a genuine problem. I can easily carry a chainsaw with my right hand like a steel hook, so it’s not all bad.

Maybe I should use some of the other names. This genetic disorder is associated with places where the Norse invaded, hence the name “Viking disease.” The northern British Isles were visited by the Vikings, so when you see a bagpiper with messed up fingers, he may have what the locals call the “Celtic hand.” There was raiding and pillaging as far south as France, where they call this the “Norman claw.” So, when we shake hands and you give me that look, I’ll get in your face and say, “It’s VIKING DISEASE, man! Deal with it.” Not very Minnesota nice, but invoking the Vikings should win some cool points, right?

When I first noticed it in my right middle finger in the ’90s, I mentioned it to my mom. She lifted up her hand and had a lump in the exact same place. Genetic and Northern European indeed. We have some pretty good genealogical records, so I know that Edmund came from England in 1630 to the Plymouth Colony. I think there’s some Swedish from my paternal grandmother’s line. I just hope it doesn’t pass down to my kids.

But it can always be worse. I try to remind myself of that. I shouldn’t have to, but I think back through a list. Like the song: All the people who died, died / They were all my friends, and they died.

Stan went to the doctor with a sore throat, thought it was strep. Dead in a month from throat cancer. Dewman sat at his desk typing emails and flopped over. Baseball-sized tumor in his head. Fought back two different times, finally went down the third time. I can still hear his laugh. My neighbor here in town, blind Phil, walking his dog in a snowstorm one day and his insides failed the next. My wife’s cousin’s wife was at a meeting and started spouting gibberish instead of normal sentences. Glioblastoma took her away. My friend Stoli’s son fought glioblastoma for two years. They moved across the country chasing treatments. A teenager like my kids. Nobody should outlive their child. Amie served with me on two trips to Iraq where the smoke from the dump fire settled over the base at night like black soup. Pancreatic cancer in such a young woman. She was always smiling, always pleasant.

Reviewing a list of the dead is probably overkill, but I’m the kind of guy who needs to get thumped with a two-by-four. The arc through time gives me perspective as I age, but only when I make the effort to remember my missing friends.

Eugene Sledge wrote a memoir about his time during the bloody fighting on Okinawa during World War II. He tried to calm a fellow Marine who was sure he was going to die. Then:

Much to my joy I saw the friend with whom I’d had the conversation the night before. He wore a triumphant look of satisfaction, shook hands with me heartily, and grinned as a stretcher team carried him by with a bloody bandage on his foot. God or chance—depending on one’s faith— had spared his life and lifted his burden of further fear and terror in combat by awarding him a million-dollar wound. He had done his duty, and the war was over for him. He was in pain, but he was lucky. Many others hadn’t been as lucky the last couple of days.

Making it to middle age gives me survivor’s guilt sometimes. Like you’re a soldier in the old days, marching forward in orderly ranks with your musket into enemy fire. Pffft, and a bullet yanks the guy to the right of you out of line. Boing-boing-boing, the bouncing cannonball rips away the guy to the left of you. And somehow, you’re still there, forging on, not sure whether you’ll make it. Not sure what you did to deserve more life.

I think about those Vikings. Why would natural selection favor a hand that curls into a fist? Maybe it helped my Norse ancestor hold onto a giant broadsword. My badass predecessor. Knowing my skills, it probably just helped my particular ancestor hold onto the oar so he could row the longboat.

I watch my hands clench into clubs in slow-motion over the decades, like a reminder of my impending demise. As long as I can shove the grip of a cross-country ski pole into my fist, I’ll consider myself lucky. I’ll glide over the snow and be thankful for my million-dollar wound. Eric “Shmo” Chandler is a husband, father, and pilot who cross-country skis as fast as he can in Duluth. He’s the author of Hugging This Rock, a collection of poems. Read more of his published work at his blog, Shmotown.

Postcard from a parade on Superior Street in 1909